Sleeping in My Car 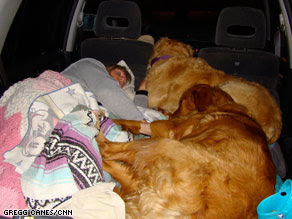 I love to drive and so far, I've embarked on a fair number of road trips. I drove to 3 of the 4 corners of North America (I have yet to see the North end of the road, but we'll fix that very soon.)

But my craziest roadtrip was with my buddy Sylvain, when we drove 5,500 km (3,450 miles) from Montreal to New Orleans and back in a 4 day week end. We drove 27 hours straight to get there and another 26 to get back in time to be at the office on Tuesday morning. (And we partied 2 days on Bourbon Street.)

I often had to sleep in my car. It's not that comfortable, but you get used to it and can endure for a few days.

I couldn't imagine it was a way of life for some people. I was very surprised to learn that some people who lost their jobs are living in their cars across the US. A growing number of cities even have designated parkings where they can park and sleep.

One of them is Barbara Harvey, a 57 year old mom from Santa Barbara who sleeps in her Honda CRV with her 2 golden retreivers.

We're not talking about gipsies in some remote corner of the Balkans or the Third World, it is hapening right now in California, the richest state of the richest country in the World.
Publié par Unknown à l'adresse 8:53 p.m. 1 comment:

French adventurer Patrice Franceschi is almost unknow in the English speaking world - mostly, I suspect, due to a language barrier. In fact, as far as I know, none of his numerous books and movies are available in English. And yet, he probably is the greatest adventurer alive.

Unlike media magnets like Richard Branson, Steve Fossett and Mike Horn, to name just a few, Franceschi's exploits are less athletic feats and closer to the old spirit of adventure where exploration, discoveries, the quest for knowledge and sometimes a desire to change the World were the prime motivators for risking your life. The hardships where an unwanted necessity.


Today, we have a new breed of action heroes looking to push their limits and establish World records on ego inflated quests. The essential part, involving exploration and making the World a better place have somehow been lost in the process.
Franceschi's interrest lies more on that old fashioned side and less on the superlative record breaking artificial side required by sponsors and media; and that may also explain why he his not as widely known as I think he should be, considering his accomplishments.

After all, he mounted his first expedition shortly after his 20th birthday and set to explore a grey spot on the map of Congo. When his Pygmy guides turned back, he pushed farther down in the dark forest under 240 feet tall trees where he almost died from starvation in the floods caused by the rainy season.


In the early '80s, he fought in Afghanistan alongside the rebels and against the Soviet invaders.
He was first to circumnavigate the globe on a tiny ultralight plane. It took him 2 1/2 years.


In the late '90s, he discovered a lost tribe in Papua New Guinea.
Risking his life, he sneaked into Nagaland (east India) to film a documentary on the Naga headhunters.


Fond of exploration, Patrice Franceschi worked on humanitarian projects (Somalia, Vietnam, Romania) and became a writer and a film director. He is also President of the “Société des Explorateurs Français” and Member of the “Société de Géographie”.

He succeeded in the latest sailing expedition of his ship " La Boudeuse " between 1999 and 2001 in the Indo-Malaysian archipelago.

More recently, after the wreck of his first ship, he mounted a new expedition around the World with his second ship La Boudeuse, taking along adventurers and scientists.

Who knows where he'll end next. One thing's for sure, he will pursue his quest to bring back the spirit of adventure into this overly bored World. It sounds better in french: "Transformer le quotidien en romanesque." 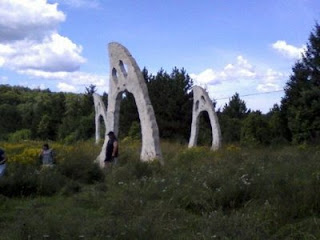 Thanks to Facebook's magic and to my cousin Dick Deschênes motorcycle wandering, I learned about a strange place in the middle of nowhere land.

Screaming Heads is a surprising mix between Easter Island and Scary Movie. It is located in a field in Burks Fall, Ontario, not far from North Bay and roughly 3 hours north of Toronto. 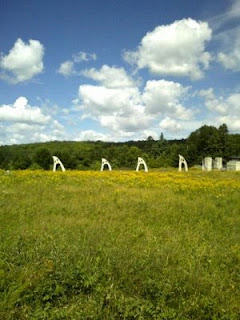 Peter Camani, the artist behind this surrealistic scenery is an art teacher. An eclectic by nature, his interests have included marathon running, martial arts, farming and aviculture in addition to painting and sculpture. 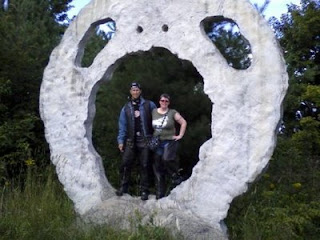 Something funny happened to me this morning as I was preparing breakfast. I cracked an egg with 2 yolks. Hmm... How come?

I went online to check but the egg was perfectly edible. Turns out you have one chance in 100 to get such a double yolked egg. They are generally produced by younger hens. It is supposed 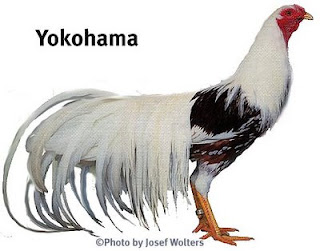 to mean luck. Great then!


Being curious, I got diverted and accidentally learned that there are hundreds of chicken species. Hundreds!

For me, a chicken what just that: a chicken. White and feathery, with a little red crest. That's it. White meat and eggs. Well, just in France, they have close to 50 chicken species.

The same applies to beef, pork and lamb.

And they all taste differently.

Funny that most people have no idea of all this. They buy their eggs and their steaks and that's it.

My guess is that our profit hungry economy as spawned huge mega farms where only the fastest growing (and thus more profitable animals) are raised.

Some people are actually working hard to save some of these species from extinction, like Pierre Oteiza who is raising black Basque hogs in France's Pyrénées Mountains.

Maybe we should ask ourselves: Is a chicken really just a chicken? Have some people deliberately narrowed my choices in the meat department? What's the overall impact of reduced biodiversity on the Planet? Aren't we losing something really interresting here? 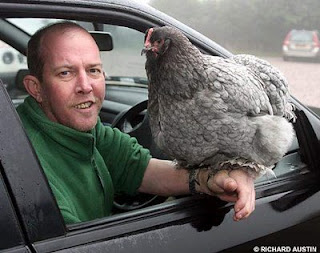 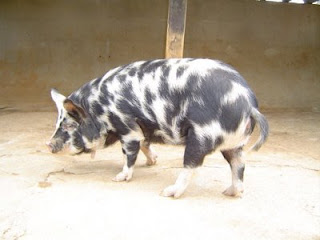 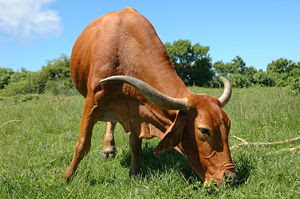